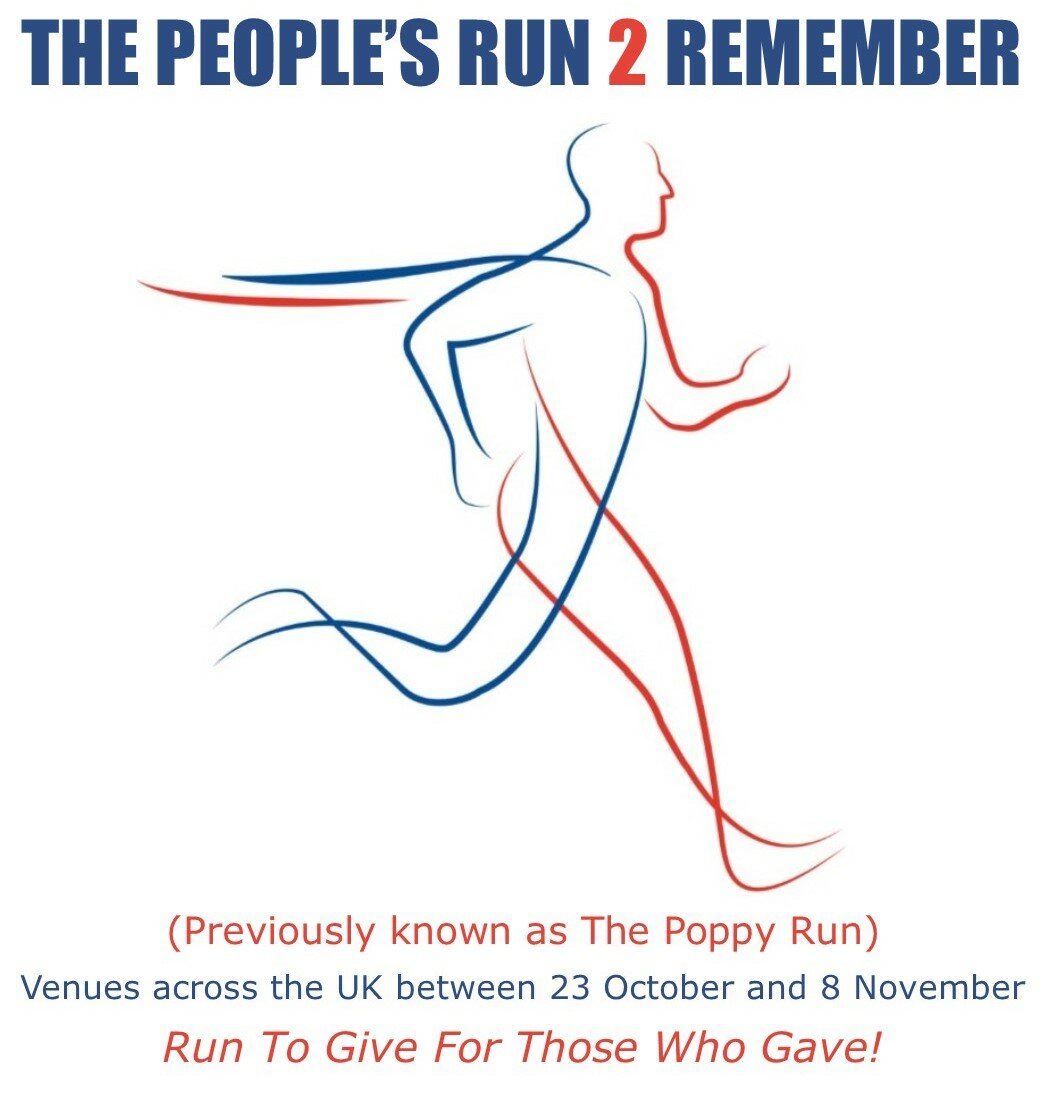 The new name for The Poppy Run

For Under 16′s and Over 60′s please use the coupon code CONCESSION in the box below to recieve a reduced rate of entry.

Please note: All entries are checked and entrants who are not U16 or O60 that use the concessions code will have their entries voided unless the additional £5.00 is paid (Plus a £0.50 admin fee).

What is The People’s Run 2 Remember?

Launched in 2011 as The Poppy Run at 7 venues around England the event has grown over its four years to 30 venues including, for the first time in 2014, venues in Scotland. The People’s Run 2 Remember is a series of 5km community fun runs co-ordinated nationally by People’s Events with each run organised ‘on the ground’ by local volunteers. Over its four years it has raised over £100,000 for supported charities.

The Poppy Run/People’s Run 2 Remember has also been staged overseas, including being the only officially recognised fundraising charity fun run held at Camp Bastion in Afghanistan.

In 2015, The Poppy Run is becoming The People’s Run 2 Remember and broadening the number of charities it supports while keeping those causes within the force’s family.

The four official charities are:

We envisage The People’s Run 2 Remember will continue to grow over the next few years with the aim of staging runs at over 100 venues across the UK every year by 2020, raising significant funds for our partner charities.

Please see individual events local to you for further information.

Entry for all venues closes at midnight on Sunday 18th October.

Entries are closed for this event.

We use cookies to ensure that we give you the best experience on our website. If you continue to use this site we will assume that you are happy with it. Please visit our Cookie Policy for more information. Ok, I Understand